15 July 2022 Armed Groups and de facto Authorities (AGDA): Geneva Call adapts its engagement terminology Geneva – 15 July 2022. Geneva Call will, from now on, use the expression...
Subscribe to our newsletter 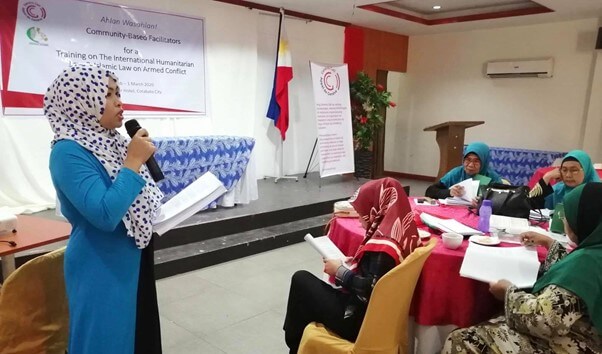 Nor Ayn Makakena joined Geneva Call in the Philippines in 2019 with the ambition to alleviate civilian suffering resulting from armed conflict. In her years of service in the humanitarian and development fields, she has come to realize that her mission is not just to fulfill her duties as personnel of an organization, but also to serve as an instrument to assist people and groups in need.

Her experience at Geneva Call has increased her awareness of the necessity of safeguarding communities. She believes that her task is not only to impart knowledge and explain the “Rules of War,” but more importantly to increase the protection and safety of the population, and above all, to uphold the value of life.