9 May 2022 Geneva Call’s Annual Report 2021 2021 has been another challenging year marked by the continuation of the pandemic and...
Subscribe to our newsletter 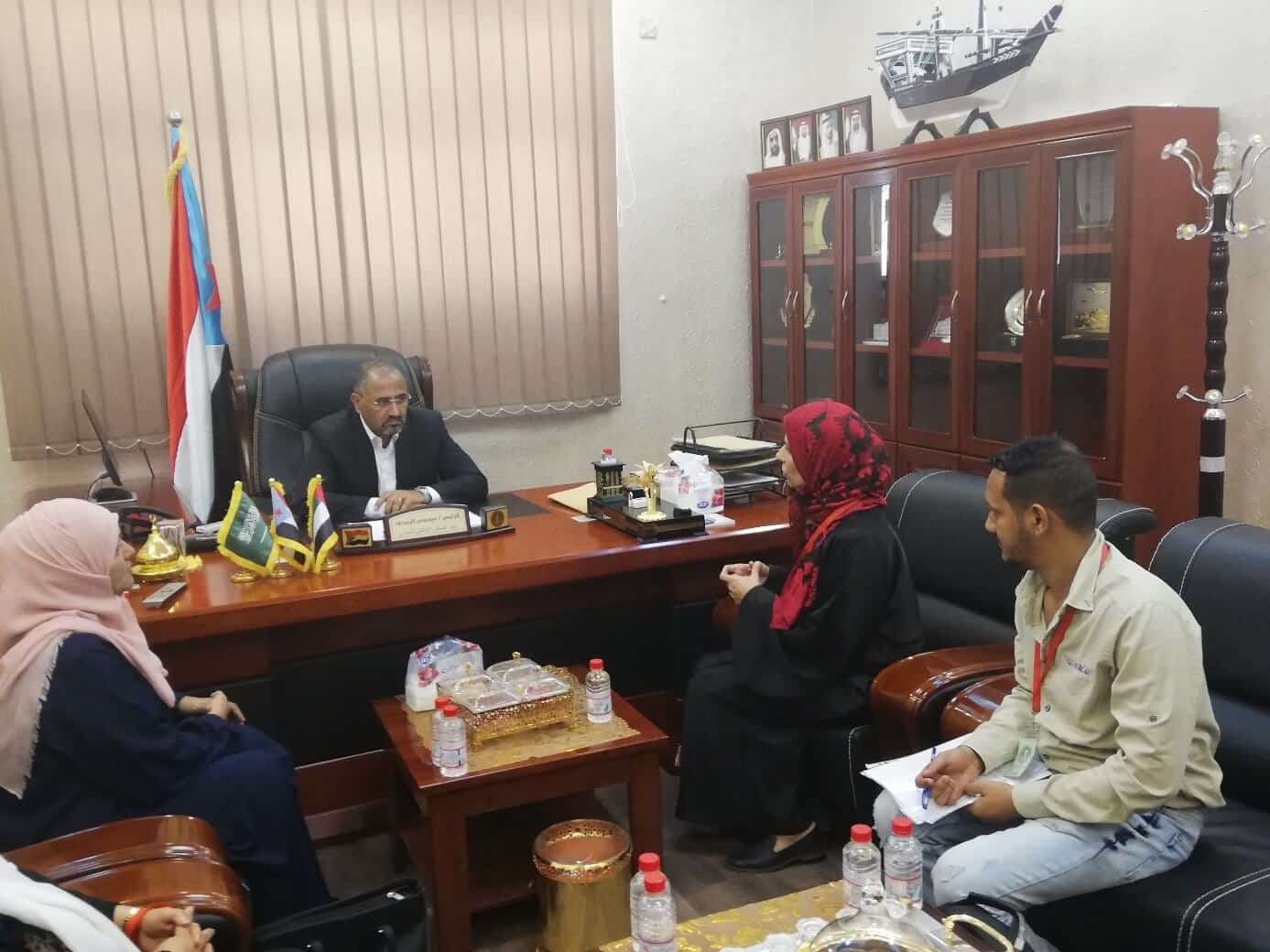 Photo: Amal van Leeuwen- Hamidallah, Head of Near and Middle East Region, meets with the Supreme Commander of the Southern Transitional Council in Aden, Yemen

During a ceremony at the Geneva town hall on 2 July 2019, the Director General of Geneva Call, Alain Délétroz, together with representatives of the Republic and Canton of Geneva,counter-signed three Deeds of Commitment, following on from the commitment pledged by the leadership of the Southern Transitional Council (STC).

The President of the STC, Major General Aidros Qassem al-Zubaidi, recently took a significant step to bring the STC’s policies and behaviour in line with international standards by signing three of Geneva Call’s Deeds of Commitments. The STC pledged to prohibit the recruitment and use of children below 18 years old and to facilitate the provision of education to children. In addition, the STC also committed to ban the use of anti-personnel mines in the conflict in Yemen. Geneva Call will work closely with the STC leadership to make sure that this public commitment to strengthen the respect of the rights of the civilian populations is implemented on the ground.

“Thanks to its field presence in Aden, Geneva Call will be able to accompany and monitor the implementation of the Deeds of Commitment, by providing training and technical support as needed”

Geneva Call has maintained a humanitarian engagement with STC, the armed non-state actor (ANSA) present in South Yemen since March 2018, to introduce International Humanitarian Law norms and standards to the STC leadership with the ultimate goal of protecting civilians in war-torn Yemen. Yemen has been witnessing growing levels of violence due to the increasingly intense armed conflict, involving governmental forces and other armed actors increasingly putting the civilian population at risk.

Geneva Call is one of the world’s leading organizations in the field of humanitarian engagement with ANSAs. Its unique approach, centered on the thematic Deeds of Commitment, has been recognized as a successful model by the UN Secretary-General in his reports on the protection of civilians in armed conflict. To date, over 50 armed non-state actors have signed around 100 different Deeds of Commitment.

The Deed of Commitment is a formal humanitarian commitment that armed non-State actors (ANSA) sign to ensure respect for humanitarian norms. The signature of this commitment does not grant any political or legal recognition to these actors. Geneva Call adheres to the principles of neutrality and impartiality in its work and strictly limits itself to increasing compliance with humanitarian norms by ANSAs in order to ensure greater protection for civilians.