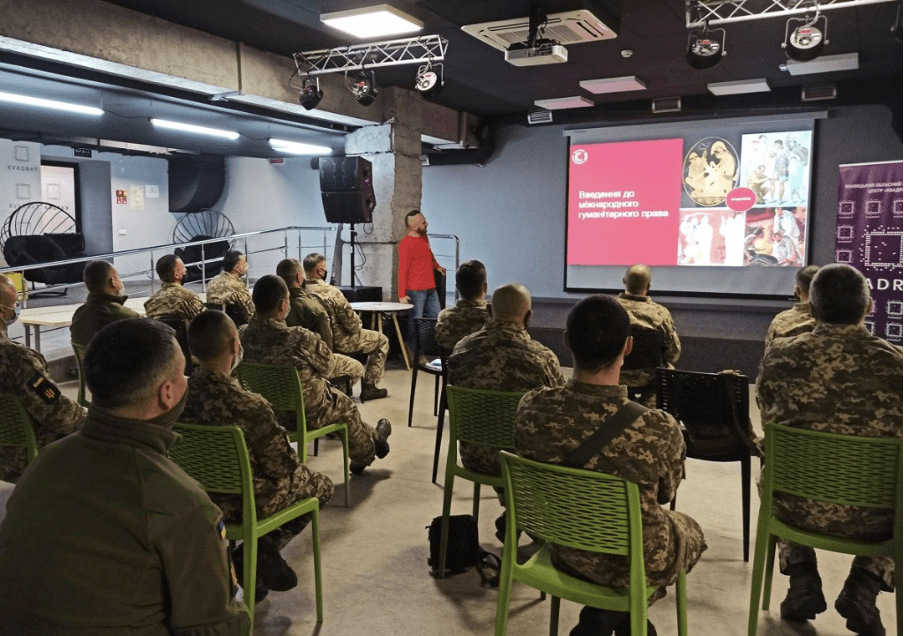 The militarisation of the country and the region resulted in the mobilisation of several armed actors that are already fighting and have a significant impact on the civilian population and their livelihoods in the short and medium-term. While combatants are already active, reservists and national and international volunteers have been called and are being equipped to fight, and substantial weapon transfers are ongoing with limited control over their use. Although some of these combatants have received formal military training including on the protection of civilians and civilian objects, many are not aware of such information. A week before the full-scale military operations, Geneva Call visited the contact line and discussed with volunteers, fighters, and soldiers, whom all expressed their determination to fight with ferocity.  The conversations highlighted concerns that these combatants have limited knowledge of International Humanitarian Law (IHL) and are not aware of their obligations to protect civilians and civilian infrastructures and respect humanitarian aid. Considering that numerous IHL violations have been reported and that it is likely that humanitarian needs will increase rapidly while access will shrink due to security, local capacity, and political reasons, it is of the utmost importance to scale up humanitarian engagement with weapon bearers.

Geneva Call is deploying an emergency team in-country (with IHL and negotiation expert staff) to enhance humanitarian engagement with weapon bearers on the protection of civilians, civilian infrastructures, and humanitarian aid to facilitate unimpeded humanitarian access and continued humanitarian response during the ongoing crisis.

The team will aim to reach: