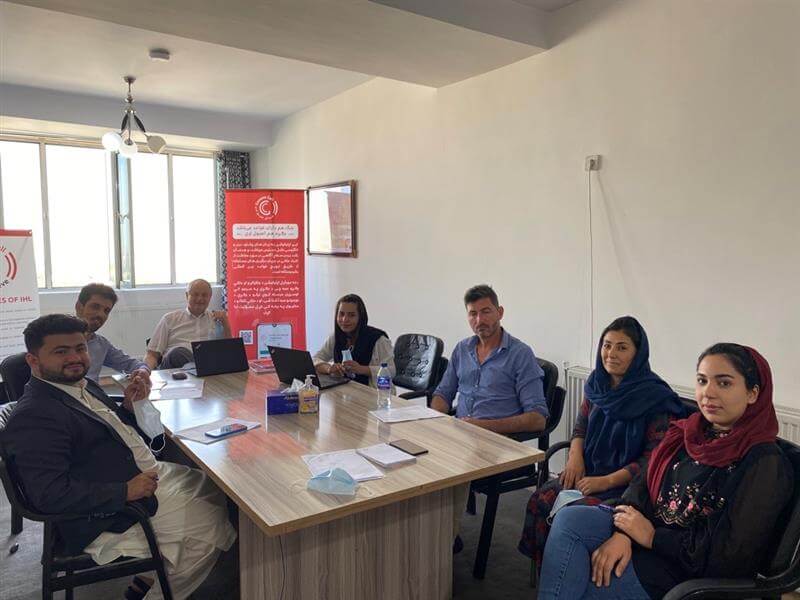 During his visit, Mr. Délétroz co-hosted a virtual roundtable event on The Role and Participation of Women Within and Associated with Armed Non-State Actors (ANSAs) in Armed Conflicts in Afghanistan with the Finnish Ambassador to Afghanistan, Pekka Kosonen. The event highlighted the role of women in the reduction of violence, capturing insights from women during an all-female panel on how to support and strengthen projects and activities on the issue. As stated by Mr. Délétroz, “Besides being, alongside children, the main victims of violations of International Humanitarian Law in today’s armed conflicts, women have repeatedly played a key role in mitigating violence. Geneva Call has always valued this, and this week’s workshop in Kabul will look into the role women can play within ANSAs to influence decisions and behavior towards better respect for basic humanitarian principles. We hope to come up with concrete recommendations that can be applied to other situations, too.”

Geneva Call produced a video for the event on the same topic.

This video depicts testimonies from female activists from Kabul, Nangarhar, Kunduz, Bamyan, and Helmand provinces of Afghanistan on the experience of women living in situations of conflict, in Afghanistan. Zahara Nabi, Founder of Baano TV, a women-led TV Network that produced the video, stated that “Extremism is a social problem, and it needs a comprehensive solution. Women are usually the strongest fighters against extremism and play a valuable role to prevent or reduce violence against civilians through advocacy within their families so that family members who are parties to the conflict understand that civilians are not their target and that they should therefore reduce civilian casualties.”

The event was attended by state and civil society representatives, as well as members of the international community, who recognized that having a nuanced understanding of the influence women have on belligerent parties would be beneficial for designing gender-sensitive programming with an emphasis on prevention. Following the event, Mr. Délétroz had the opportunity to discuss more in-depth the experience of two of the female panelists, a grassroots civil society activist and a religious leader, on the issues women face in the current conflictual climate in Afghanistan.

Data has demonstrated that the participation of civil society organizations makes peace agreements 64% less likely to fail. In turn, the explicit involvement of women in the process leads to more durable agreements that tend to be better implemented. Indeed, it increases the probability of a peace agreement lasting at least two years by 20% and the probability of a peace agreement lasting 15 years by 35%. Geneva Call therefore highly values this type of dialogue and looks forward to continuing its work in the region.

He met with Karim Khalili, former VP of Afghanistan and an influential Shi’ite leader to discuss the importance of protecting civilians in Afghanistan. During this meeting, Mr. Khalili spoke about the ongoing conflict and its impact on the local population, in particular the Shia community. He insisted on the need for Geneva Call’s humanitarian engagement and community-level dialogue and training to increase the protection of minority groups in Afghanistan. Mr. Khalili also emphasized the need for Geneva Call to focus on working towards safeguarding cultural heritage in Afghanistan, particularly in the Central Highlands region and Bamyan province. 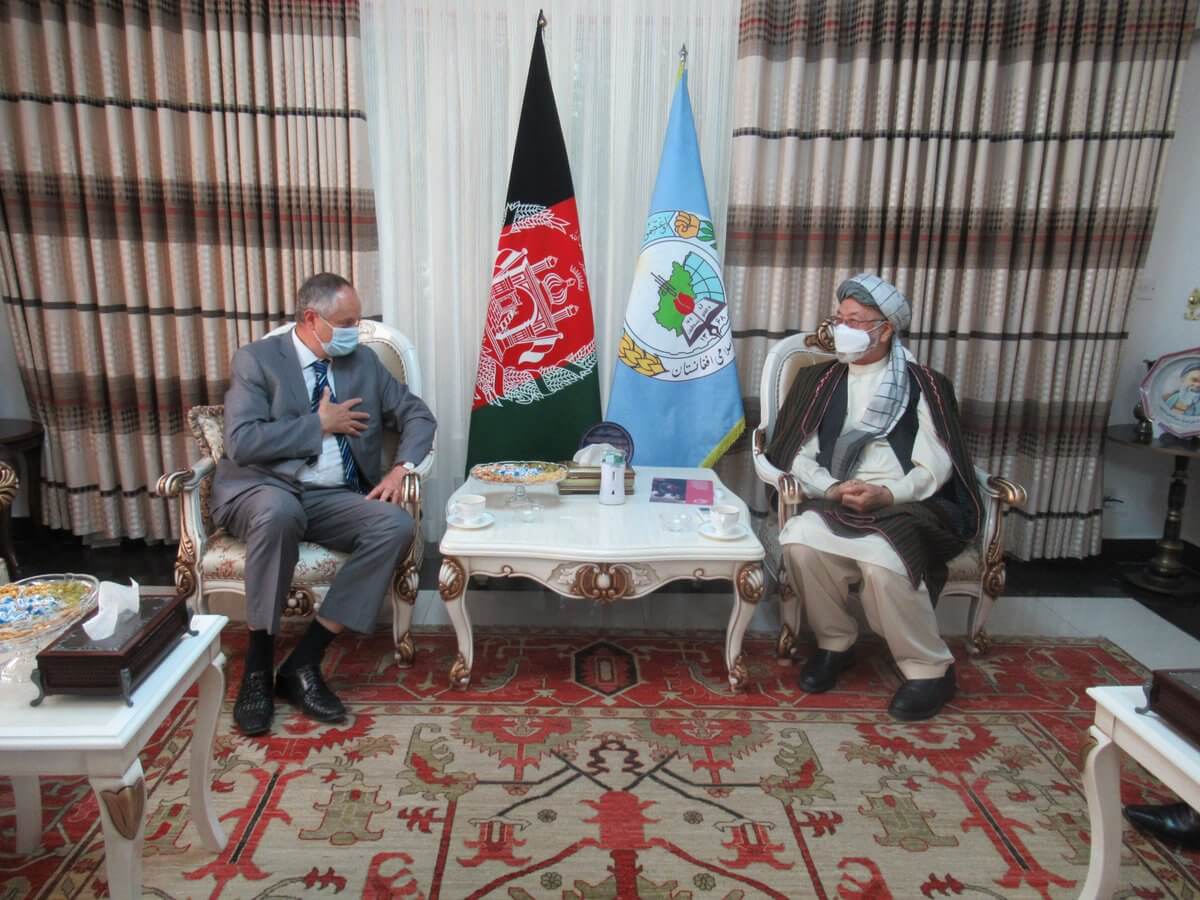 During a meeting with his Excellency Mr. Naderi, State Minister for Peace, Mr. Délétroz had an opportunity to discuss the current prospect for peace and stability in Afghanistan. During this meeting areas for collaborations between Geneva Call and the Ministry for Peace were discussed. Mr. Naderi also noted his appreciation of Geneva Call’s work and its efforts in Afghanistan. 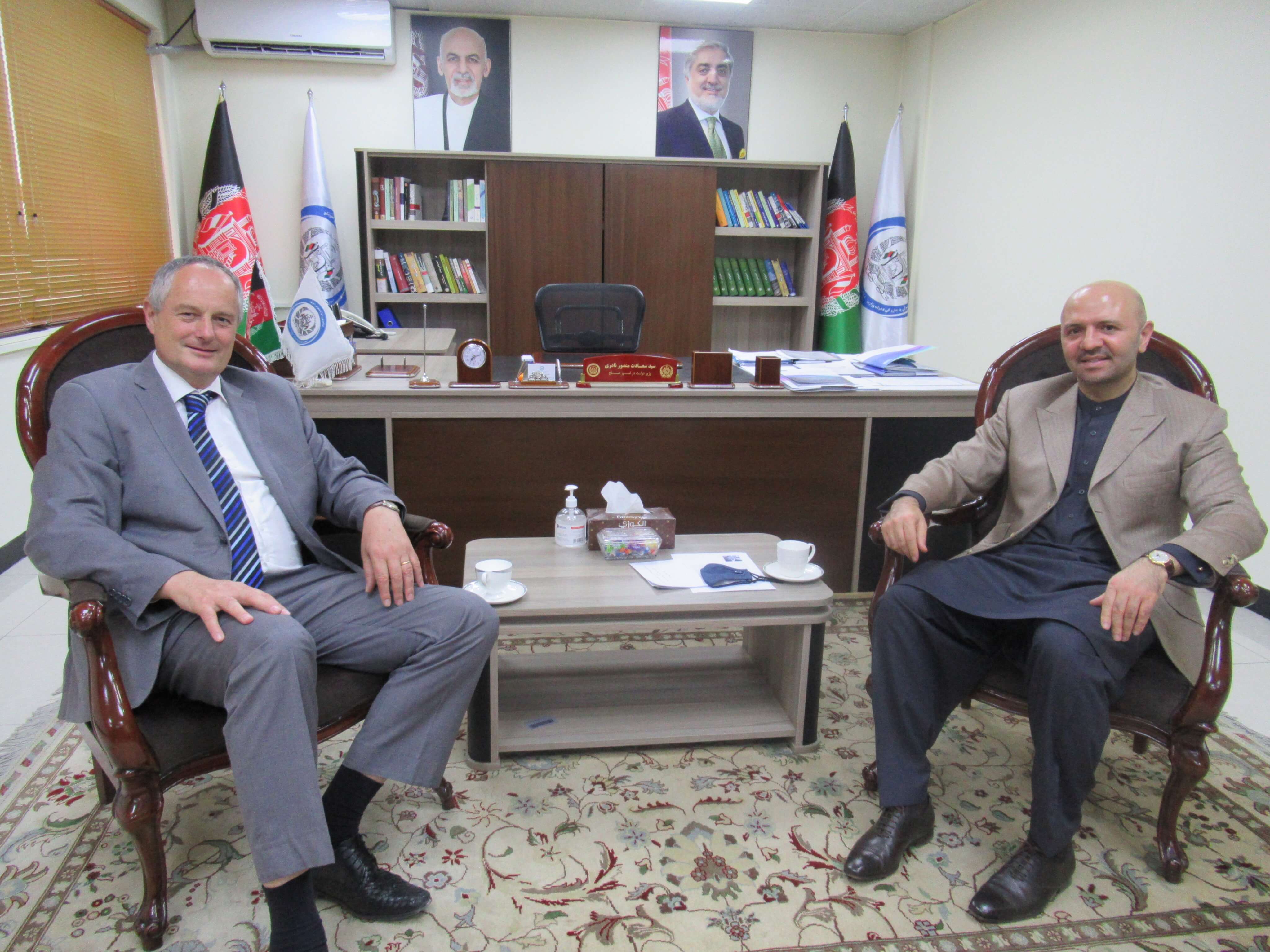 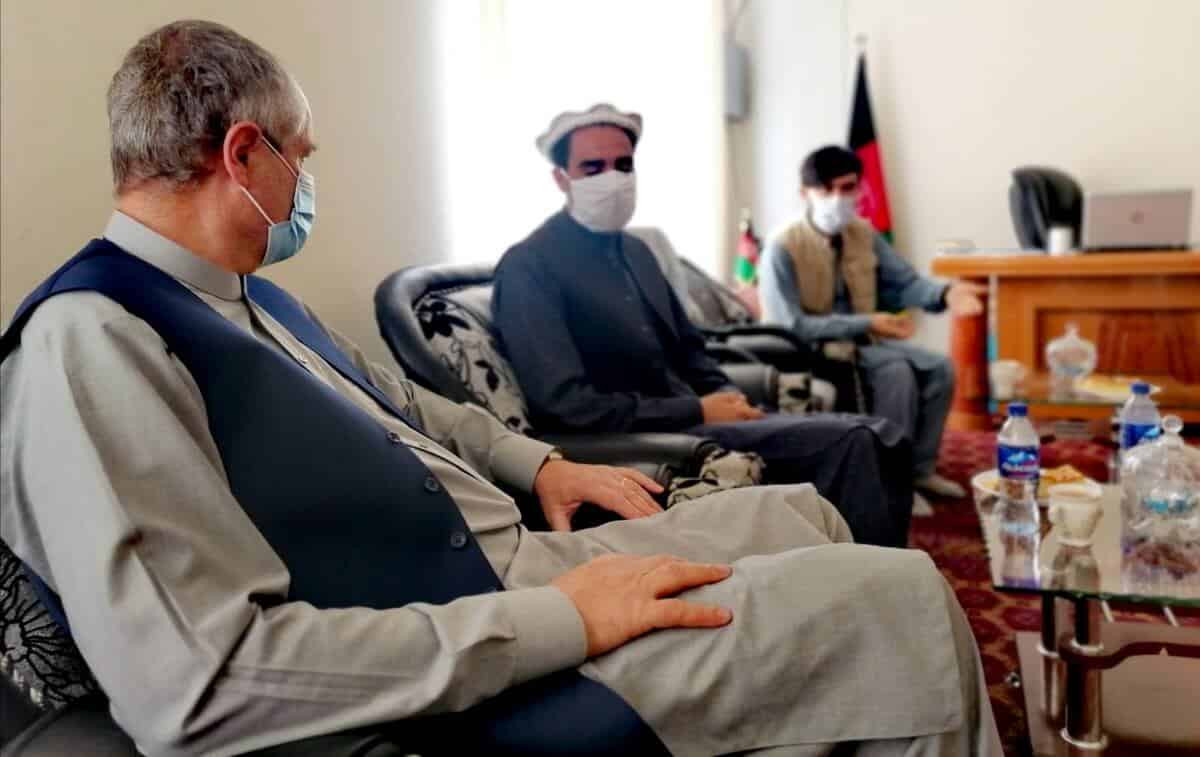 Mr. Deletroz also met with select members of ANSAs to discuss the protection of healthcare in their areas of control and operations and the benefits of signing the Deed of Commitment on the Protection of Healthcare, which would signal their desire to comply with humanitarian norms on the topic.

Lastly, Mr. Délétroz met with Dr. Abdullah Abdullah, Head of the High Council for National Reconciliation, which leads the intra- Afghan peace talks with the Islamic Emirate of Afghanistan. Dr. Abdullah expressed his appreciation of Geneva Call’s efforts in Afghanistan and highlighted the need to strengthen humanitarian support in the current situation. 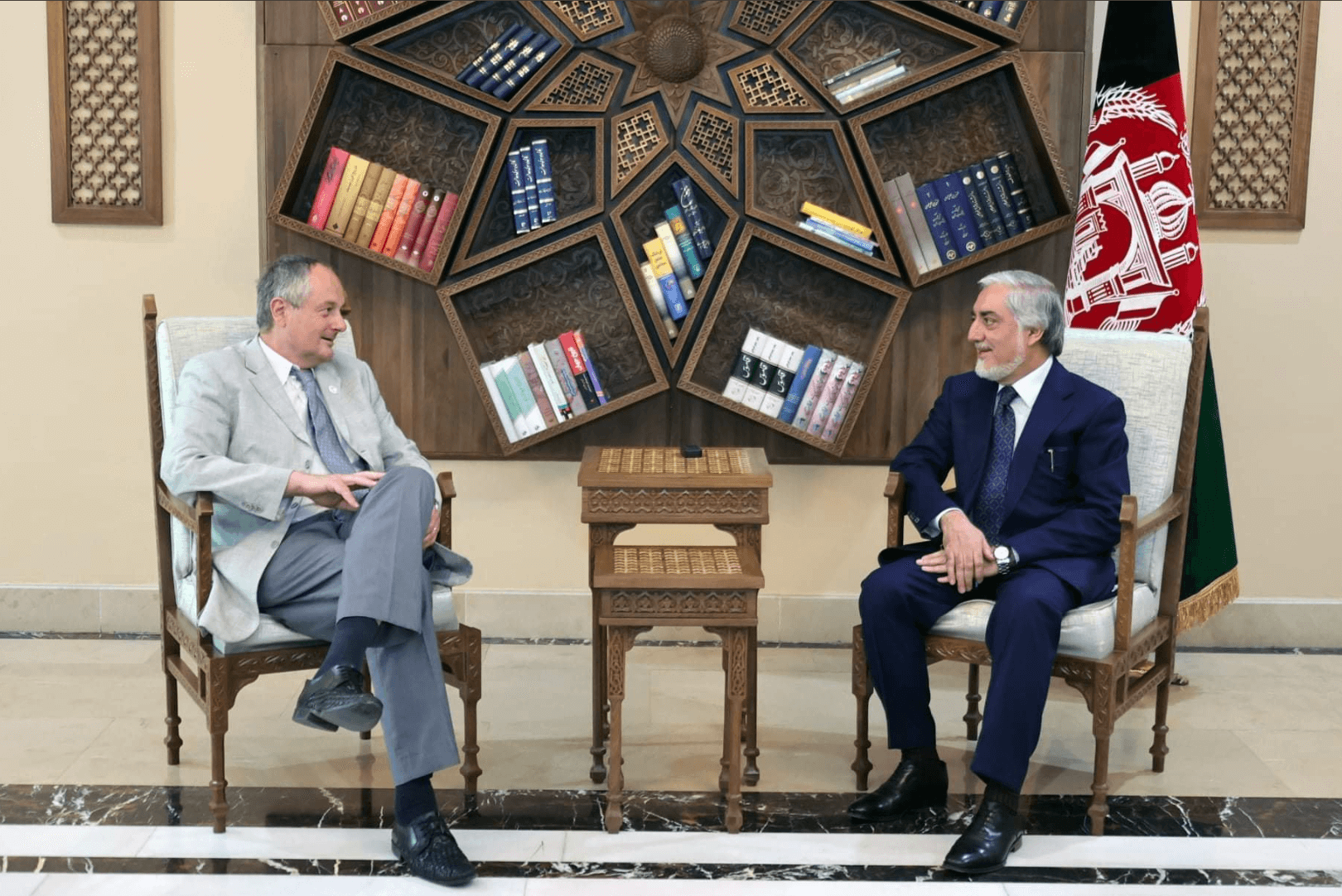