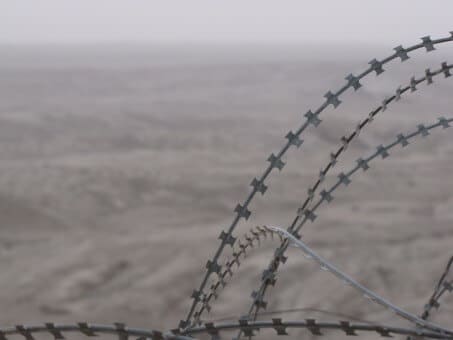 Over the past year, the conflict in Libya has taken an unprecedentedly heavy toll on the civilian population, with distressing levels of violence since the battle over Tripoli in April 2019. Even though International Humanitarian Law (IHL) must be respected by all parties to the conflict, violations such as indiscriminate attacks, targeting of civilians and medical facilities, torture and ill-treatment of detainees are continuously reported, leading Geneva Call to launch a mass social media campaign to raise awareness about the rules of war among all parties to the conflict in Libya.

Céline Morgan, Geneva Call’s Operations Coordinator for Libya, contemplates the situation on the ground and recalls: “displaced people have the right to shelter, medical care and humanitarian assistance, which should be provided without delay.” The protection of displaced persons and the prohibition of arbitrary forced displacement are precisely at the core of Geneva Call’s “Fighter not Killer” campaign.

Twelve video clips and four posters will be disseminated extensively in targeted areas where the consequences of the clashes are the most preoccupying, with the aim of reaching fighters from all parties and reminding them that all feasible precautionary measures must be taken to spare civilians in times of armed conflict. The campaign, also addressing civilians and encouraging them to promote these norms and advocate for improved protection, is ultimately intended to alleviate the suffering of the civilian population.

This campaign is one of many efforts carried out by Geneva Call to promote IHL in Libya. The organization has been active in the country since 2017, where it has initiated a humanitarian dialogue with armed actors, with the aim of influencing their policies to protect the civilians, who bear the brunt of the fighting.